Even though I'm dropping back to part-time at work, I still have to work every other weekend and this is my weekend. I can't give up the Saturday 9, though, so I'm linking up with Sam and the gang! 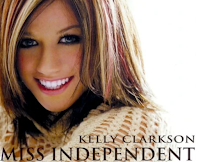 Miss Independent (2003)
Unfamiliar with this week's song. Hear it here.
1) The song begins with Kelly describing a woman who is "independent" and "self-sufficient." Are you feeling especially independent and self-sufficient this morning? Or is there a particular task on your to-do list that you wish you had help with?  I tend to be independent, that's the way I was raised, but my knee has been giving me so much grief lately that I wouldn't mind some help around here. Not with anything in particular...just in general.
2) Kelly especially enjoys that this song was a hit, because she had to argue with the record company to even include it on her album. Tell us about a time you're glad fought to get your way.  I can't think of anything. I probably hate conflict more than anyone you know, so I do my best to avoid it.
3) The video depicts a very lively party that spills from the house to the pool area. What's the last party you attended? Was it held indoors, outdoors, or did the revelers enjoy themselves both inside and outside?  Well, we are real party animals around here. The last party we attended was our grandson's birthday party. It was in December so it was inside.
4)The partiers are playing with "silly string." Have you ever indulged in a "silly string" battle?  Oh, once or twice...waaaay back in the day. 5) Kelly Clarkson has a new daytime talk show. Who hosted the last entertainment talk show (as opposed to news) that you watched?  I saw a little bit of the Ellen show the other day so, Ellen. 6) Kelly Clarkson told a foodie website that one of her favorite foods is sushi (especially California rolls). She said she's surprised how fond she is of it, since as a kid, sushi is a food she wouldn't even try. Tell us about something you had to be convinced to try, or do, that you were surprised to find you enjoyed.  I never had any desire to go on a cruise and everything you hear on the news made me want to go even less, but our friends talked me into going on one this past summer and I absolutely loved it!
7) In 2003, when "Miss Independent" was released, Microsoft and Sony were furiously competing for gamers' attention. Do you own Playstation or Xbox, neither or both?  I think back at that time we had both or maybe one and a Game Cube because both kids were still at home. These days we are the old people who have a Wii and we never use it. My son wants it because it is a rare red one, but I refuse to give it up. You never know, we just might start bowling or something.

8) Also in 2003, the best-selling cookbook was The King Arthur Flour Baker's Companion. It features foolproof recipes for old favorites like waffles, pancakes, flat breads and crackers. When you look for a new recipe, are you searching for an easier/better way to make something familiar, or are you more likely looking to try something new?  Something new. I love experimenting with food and have a large collection of cookbooks. In fact, I just bought another one last week. I'm also a sucker for new kitchen gizmos and gimmicks...air fryers, Belgian waffle makers, cooking a chicken in a bundt pan, to name a few. 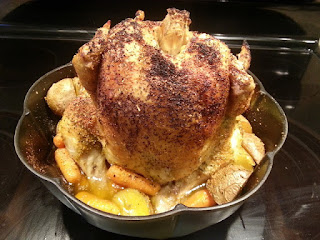 9) Random question: Which has gotten you in more trouble -- love or money?  Money. Definitely money. Or rather, the lack of money.

Email ThisBlogThis!Share to TwitterShare to FacebookShare to Pinterest
Labels: Saturday 9

Hi and thanks for visiting! I love hearing from readers and friends so please do leave a comment and I'll respond as soon as I can.

Stacy
Hi! I'm Stacy...a politically conservative, Christian, 50-something wife, mom, and Nana. I enjoy a wide range of music (heavy on the 80's) and read a lot-but lean toward mysteries. I like cheesy Christmas movies, scouring thrift shops/yard sales/flea markets and auctions for treasure, Poodles, silly memes, and laughing out loud. I love to meet new people and I don't believe we have to share the same views to be friends...we just have to be respectful of each other's opinions and beliefs.